BREAKING NEWS
Actors: Launch Coalition Dedicated to Agroecology in Africa
Congo Airways: Orders more Embraer E195-52 Jets six months after their first E2 order
Report: Increased in Exports Grow Tanzania’s Economy
The Vow of the African Continental Free Trade Area: As a way to fill out the World Trade Organization (WTO) instead of an Alternative
African Export-Import Bank, Africa Development Bank, and FCI: Launch Grant to Support  Firms in Africa
African Development Bank: Board of Directors Recommends Gender Strategy for 2021- 2025 “Investing in Africa’s Women to Accelerate Inclusive Growth
Dangote Cement: Job Creation
Tanzania: Ministry of Agriculture Proclaimed that the Government is passionate in modifying the Agrarian Realm to immensely allot individuals and Nation’s Financial Growth
Kenyatta: Launched National Security Telecommunications Service
United Nations Development Programme Governance and Peacebuilding Africa: Coordinator Roselyn Akombe Publicized that she has Relinquished job in the the U.S as the Chief of Policy at the Policy and Mediation Division, Department of Political and Peacebuilding Affairs at the UN in New York 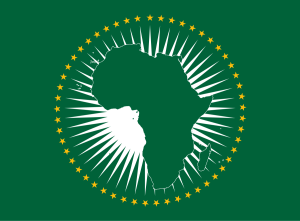 NEW AFRICA DAILY  NEWS, Accra, Ghana-  THE AFRICAN Union Commission (AUC) has urged African businesses to take the advantage in exploiting trade and economic opportunities in the African Continental Free Trade Area (AfCFTA) which entered into force in May.

A senior official in the AUC, Khauhelo Mawana, said multi-national businesses were already positioning themselves for the market and it was prudent for African businesses to be on the forefront in their own market.

Mawana was speaking at a consultative forum to come up with Zimbabwe’s national strategy on implementing the AfCFTA in the capital Harare.

He said it was important for Africa’s private sector to be fully prepared to do business in the continental free trade area.

“The AfCFTA is obviously a moving train, and the earlier countries engage it, and strategize to benefit from it, the better for our member-states. There is a lot to gain, and opportunities to explore in being part of the AfCFTA initiative,” Adejumobi said.

He said the AfCFTA has immense opportunities for increasing intra-regional trade, enhancing production, promoting economies of scale, creating jobs, raising incomes and improving the standard of living of the African people.

Studies, he added, suggest that if successful, Africa’s manufacturing sector will double in size, with annual output increasing from 500 billion U.S. dollars in 2015 to 1 trillion dollars in 2025, and contributing additional 14 million stable, well paid jobs.

Estimates from UNECA also suggest that the AfCFTA has the potential to boost intra-African trade by over 50% through elimination of import duties.

“However, the AfCFTA has to be backed up by increased production capacity, enhancing regional value chains, and removing internal obstacles to the growth of SMEs so that African countries can compete well in the liberalized regional market,” said Adejumobi.

The UNECA official said Africa’s tourism sector remains underdeveloped and there were tremendous opportunities for intra-Africa tourism in the continental free trade area.

“The AfCFTA can unlock such potentials as goods and services move freely and expectedly soon, human mobility will accompany such process,” he said.  Source: Xhinhua.

The Vow of the African Continental Free Trade Area: As a way to fill out the World Trade Organization (WTO) instead of an Alternative