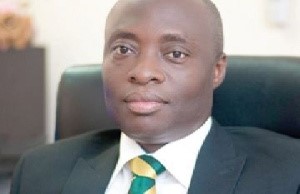 NEW AFRICA DAILY  NEWS, Accra, Ghana- THE ARB APEX Bank has cautioned Ghanaians against the spread of malicious information on social media about a possible collapse of the Rural Banks.

According to the Deputy Managing Director of ARB Apex Bank, Alex Kwasi Awuah, said such false information are injurious to the Rural and Community Banks.

Awuah said issues rising from the banking sector have stir up fear in customers to engage in panic withdrawals or stop savings would have dire consequences on the sector. He said some Rural and Community Banks in the country recently suffered same nemesis after a false information went viral on social media about purported Bank of Ghana decision to dissolve a number of rural banks.

“The malicious information that was circulating on WhatsApp and Facebook influenced some of our customers of both the rural and community banks to rush to some of our member banks to redraw their monies which affected three of our banks – now the situation is under control but we keep on telling the general public that passing such information to such a public media can cause a lot of damage to the financial system. It is not only the rural and community banks it could also affect the entire banking system,” he said.

Awuah the “ongoing reforms in the Banking Sector is to sanitize the system to become healthier, stronger so that the financial sector can serve the needs of the economy.”

He therefore urged players in the Sector to understand the paradigm shift in the regulatory dynamics and comply with the corporate governance directive and regulatory requirements in the Banks and Special Deposit Institutions Act.

“The new dynamics is such that we the players play by the rules. We comply, we make sure that our institutions are strong enough to meet all the deposit withdrawing requirements by customers,” Awuah said at the sidelines of the 38th Annual General Meeting of the Shareholders of Manya Krobo Rural Bank Limited.

He lauded the Bank for performing well despite the turbulence in the financial sector.

The financial indicators of the Upper Manya Krobo Rural Bank continued to grow steadily. Total Assets and Total Deposits grew by 20.9% and 23.85% respectively while shareholders fund also increased by 7.02%. Credit disbursement, however, suffered a pullback in 2018 which resulted in Lower profitability leading to dividend payment of GH¢0.0035 per share amounting to GH¢1, 138, 502.82 though a growth of 3.14% compared to previous year.

The Bank has also exceeded the Minimum capital requirement for rural bank of GH¢1.0 million by the Bank of Ghana by excess of GH¢3.5 million.

The Chairman of the Board of Directors of the Manya Krobo Rural Bank, Benjamin T. Apo, said the ongoing reforms in the Banking sector had effect on the sector but was hopeful the situation will neutralize with efficiency.