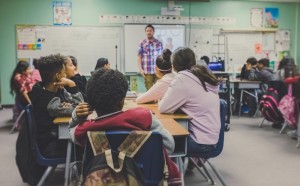 NEW AFRICA DAILY NEWS, Freetown, Sierra Leone- Amnesty International plus Equality Now and WAVES has joined forces together in a Tuesday press release that, the ban on pregnant school girls to write public examination applied by authority by erstwhile Minister of Education of Sierra Leone – Dr. Minkailu Bah in 2015 following the Ebola crisis was in conflict to the Right to Education without Discrimination.

“Courts from South Africa, Zimbabwe to Colombia have already find that such bans violate the rights of women and girls to be treated equally and to receive education”, said Lucy Claridge, Director of Strategic Litigation at Amnesty International.

“The case represents the first time that regional court in Africa has considered the issue. It, therefore, has the potential to impact the situation of pregnant girls outside of Sierra Leone and even beyond the ECOWAS community”, added Claridge.

In May 2018, Sierra Leonean NGO (WAVES) in partnership with Equality Now and the Institute for Human Rights and Development in Africa, filed a case before the ECOWAS Court challenging the ban.

The Court at the same time, but elsewhere, has granted permission for Amnesty International to intervene as amicus curiae (“friend of the court”) to provide it with further information on how other international, regional and national bodies have treated policies that, like those in Sierra Leone, restrict the rights of pregnant girls to Education, non-discrimination, bodily integrity and freedom from cruel, inhumane and degrading treatment.

After a Pandemic the Lull of Eight Months: Local Startup Snags a Glimpse of Business Bang in Sierra Leone

After a Pandemic the Lull of Eight Months: Local Startup Snags a Glimpse of Business Bang in Sierra Leone