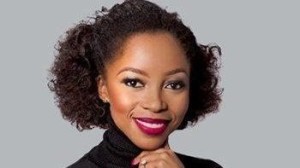 NEW AFRICA DAILY NEWS, Freetown, Sierra Leone- Naspers a valuable company in Africa has appointed a new Chief Executive Officer for its South Africa Unit and made history in the process.

Naspers’ investment pedigree is defined by a $ 32 million investment in Chinese internet giant Tencent in 2011 for a stake which is now valued at over $ 100 billion, it has notably struggled with making the right bets on tech companies in Africa. The company which has significant ventures investments in India in recent years, have committed to investing up to $ 1 billion there, this year.

The Newly appointed CEO of Naspers, Primary tasks will likely involve managing the transition as Naspers prepares to list its international assets on Euronext, the European Stock Exchange based in Amsterdam. When listed in September, Prosus (as the new company has been named) will likely be the largest listed consumer internet group in the Europe by asset value, Naspers says.

Naspers has also chosen to spin- off multi choice Group, its video entertainment arm, and list it as a separate entity on the Johannesburg stock exchange. Prosus listing in Europe also promises access to a larger capital pool and possibly achieve the company’s’ goal of narrowing the margin between Naspers’ market value and the value of its Tencent stake.

In listing its international assets outside the South Africa and a result decreasing its dominance of the Johannesburg stock exchange, there may be some political fallout for Nasp.

Mahanyele – Dabengwa has “significant investor and board experience” she’ will also win laurels of a long business relationship with President Cyril Ramaphosa. She has previously been Chief Executive of Shanduka Group; an investment company founded by Cyril Ramaphosa, President of South Africa and also, has held key board positions at the Cyril Ramaphosa Foundation and mobile operator Vodacom Group.

The appointment of a black woman to a significant unit of the business is a far cry from Naspers’ past as an early supporter of Apartheid.

Liberia: Roberts International Airport Highway to be Broadened into a Four Lane