BREAKING NEWS
89,725.35 Million tones of maize in her neighboring: Kenya, Burundi, and the Democratic Republic of Congo parliament disclosed
The City of Tangier in Morocco: Steadied to host the third Symposium of Industrial Zones in enticing Investment and strengthening Exports
African Management Institute and ICT Chamber: Offer Business Training to Over 2,000 Tech Entrepreneurs in Rwanda
Liberian President: Satchels a prestigious honor in Freetown
In other to enhance and bolster Commerce: Kenya Firms spouses with Canada-Africa Chamber of Commerce
MTN Group: Requests for Telecommunications Authorization in Ethiopia
Billions of Dollars: To be invested in massive diamond mine by Botswana‘s Debswana
$5 Billion: Capital Percolates in surveying 185 Banks from across the African Landmass
Dangote: To Collaborate with  Farmers in Nigeria
The Kenya National Bureau of Statistics and the Kenya Institute of Public Policy Research and Analysis: Unmasked the National Information Strategy for grub and Nutrition Security 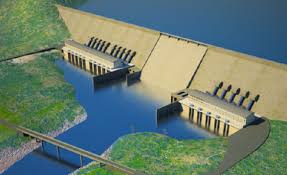 The Director of the Tanzania Information Services Department and Chief Government Spokesperson, Mr Hassan Abbasi said on Monday that the decision marks a major step of the government to fulfill its commitment of bolstering the energy sector for broader national industrialization as promised during the presidential campaign in 2015.

The project, located southeast of the country’s largest Selous Game Reserve, which covers an area of 50,000 square km and borders the Coast and Morogoro regions, will be the implementation of a 1980 plan that could not be put into effect because of resource constraints, the official said.

Despite the provision of adequate power supply to the country by adding 2,115 MW to the national grid, Abbasi said larger reservoirs to be constructed will contribute to multiple areas, including flood control, water supply, irrigation, fisheries and recreation.

“The project is expected to unleash a myriad of untold benefits to hardworking Tanzanians,” said Abbasi, adding that an estimated 12,000 people will be directly employed during the three years of the project’s implementation.

The official said the project will also boost the tourism industry through sports fishing, boat rides and photographic safaris. Another benefit of the project will be changing people’s lives through various socioeconomic activities in such areas as agriculture, aquaculture and fishing, Abbasi said.

The dam, once completed, will also create a permanent reservoir with a total storage capacity of 34,000 million cubic meters, said the official, adding that the reservoir would be a potential permanent reliable source of water.

In April, the Tanzanian government made an advance payment of about 309 million dollars to an Egyptian company for the construction of the hydroelectric project. Doto James, permanent secretary in the Ministry of Finance, handed over a check for the amount to representatives of Egypt’s state-owned Arab Contractors.

The payment was part of an estimated cost of 3 billion dollars to be wholly funded by the Tanzanian government, said James. In the same month, Tanzania’s CRDB Bank Plc and the United Bank for Africa signed a 737.5-million-dollar bank guarantee with the Tanzania Electric Supply Company Limited (TANESCO) for the implementation of the mega hydropower project.

In May 2018, the Tanzanian government’s budget proposal contained an allocation of 307 million dollars for the construction of the project.

The government of Tanzania signed a 3-billion-dollar landmark deal with Arab Contractors on Dec. 12, 2018. Shortly after the agreement was signed, Magufuli reiterated his dismissal of environmental concerns, saying the project will be eco-friendly.

He said only a tiny fraction of the Selous Game Reserve, a world heritage site, would be used to build the proposed hydropower dam.

The project has attracted intense scrutiny with conservationists both at home and abroad calling for a comprehensive strategic environmental assessment before it is implemented. Xinhua

The City of Tangier in Morocco: Steadied to host the third Symposium of Industrial Zones in enticing Investment and strengthening Exports

In other to enhance and bolster Commerce: Kenya Firms spouses with Canada-Africa Chamber of Commerce