Debt Sustainability is Essential for Meeting the SDGs in Africa 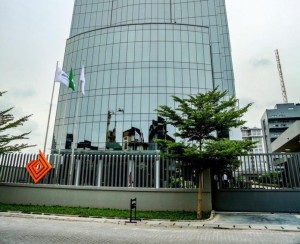 The ECA Executive Secretary – Vera Songwe, told African Central Bank Governors that concerns around Africa’s rising sovereign debt should not focus so much about its level, both rather the ability to pay for it. Elaborating on this point, she emphasized that managing debt dynamics well is all about implementing good fiscal policy which in turn is linked to effective monetary policy.

Songwe was speaking at the 42nd Annual Meeting of the Association of African Central Banks held on 31st July in Kigali. The theme of the meeting was Rising African Sovereign Debt Implications for Monetary Policy and Financial Stability.

“When we talk about increasing Africa’s sovereign debt immediately people worry that we are overspending. But it is not only about the level of debt but about the capacity to pay”, Songwe highlighted. She pointed to Rwandan as an example of fiscal prudence: “Rwanda shows what good management looks like – with a relatively low share of revenue dedicated to serving debt. Just a decade away from the Sustainable Development Goals endpoint, economic growth on the continent is still far below the required levels. This period of relatively easy access to capital, due to the prevailing low interest rates in high income countries, had not necessarily translated into additional growth for African countries”, she stressed.

Edouard Ngirente – Rwanda’s Prime Minister who inaugurated the meeting, said that the act of borrowing itself is not inherently bad but called for ideal debt management. “Debt can foster economic growth, and borrowing responsibly, maximizing our returns on investments and managing our debt is key to keeping debts levels sustainable”, he noted.

Songwe cited estimates suggesting that Africa needs $ 614 billion and $ 638 billion per year to meet its development goals, while for the funds needed to implement the 2030 Agenda across all low and lower middle income countries totals $ 1.2 trillion per year. “When you have poor fiscal management, increasing the debt threshold is not a solution”, she cautioned.

Songwe said that the conversation about debt should avoid being alarmist – but we should look at the two sides of the story: those countries already in debt distress and those that are doing well today, but at the same time are ratcheting up higher levels of debt because of their wishes to reach the SDG 2030 Goals.

Addressing Africa’s financing gap, the recent ECA Economic Report on Africa 2019 urges countries to adopt appropriate fiscal policies, recommending strategies such as improving the mobilization of non-tax revenue, leveraging the use of information technology and digitization and strengthening policies that tackle tax evasion.

Central Bank Governors meeting in Kigali concurred that there is a negative link between increasing public debt irresponsibly and sustainable growth. They asserted that debt repayment could hinder the future ability of some governments to fund development of expenditure.

Tunisia, Companies in Preparedness for the AfCFTA