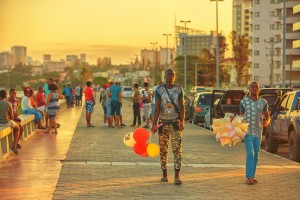 NEW AFRICA DAILY NEWS, Freetown, Sierra Leone- The Southern African state Mozambique has been in a little constraints from debt crisis after conceding in 2016 to $ 1.4 billion of undisclosed lending, suggesting the IMF to cut off support and experiencing a currency collapse and debt default. In addendum President Nyusi said, Mozambique talks with the International Monetary Fund with the IMF on restoring suspended support are making “encouraging progress”. “We want to establish a good relationship with our partners from financial institutions so that we continue to access financial resources and we are doing this with our partner the IMF, and they understand us. There is a hope that better days will come”, Nyusi noted.

“We are discussing program, of course. Every three months they visit us in Mozambique, we are in contact. There is quite encouraging progress on this” Nyusi said, last month after the ruling that Mozambique was committed to respecting international law on debt, a view he reiterated on Wednesday, saying this was key to remaining credible with investors .

He declined to say neither the ruling could affect the country’s ability to make repayments.

In the, Mozambique’s Finance Ministry said, the country had reached a restricting deal in principles with holders of its defaulted 2023 bond. The IMF welcomed that agreement, but said the heavily indebted country needed a wider ranging plan to ensure long term debt sustainability. Nyusi said talks with creditors were continuing “As for public debt, we have been discussing with the creditors to find ways to address this problem. Our aim is to strengthen confidence with our financial partners” He said.