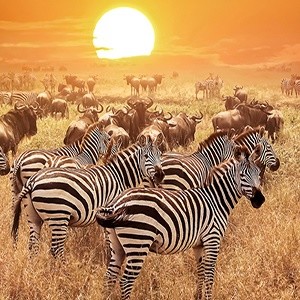 NEW AFRICA DAILY NEWS, Freetown, Sierra Leone- Tourism sector of Tanzania stands as the lead in the northern zone, having the most registered projects.

The $2billion industry sector registered a total of 706 projects in Arusha, Kilimanjaro, Tanga and Manyara regions, between October 1997 and October 2017.

For the past decades, Arusha has been in the lead of the pack, with the most tourism related projects. The region controlled a total of 535 projects, marshaled by Kilimanjaro with 97, Tanga registered 56, while Manyara had 18 to its name.

The Tanzania Investment Center Zonal Manager in charge of the Northern Zone office, Daudi Riganda said, tourism had the cutting edge, thanks to the array of attractions found in the northern part of the country.

Riganda alluded that, the sectors hopes in the zone were high, if the recent investors influence setup business ventures in the area was anything to go by. In accordance to the TIC official, the Northern Zone’s cutting edge advantage was attracting a number of foreign firms, which have expressed willingness to setup gargantuan investments in the area, with Chinese’s Sichuan Saifei Travel Company Limited being the latest.

“The region was renowned for breweries and agro-forest processing industries, where some are being revived,”  Riganda.

Statistic of TIC showed that Kilmanjaro and Manyara came 3rd and 4th with 69 and 11 registered projects respectively.

TIC was established in 1997 by the Tanzania Investment Act to be “the Primary Agency of the Government to coordinate, encourage, promote and facilitate investment in Tanzania and to advise the government on investment policy and related matters.”