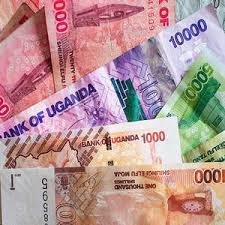 NEW AFRICA DAILY NEWS, Freetown, Sierra Leone- Uganda from October 2018, central bank has reduced its monetary policy rate to 9 %. This represses a minus of 100 basis points from the previous rate of 10 %.

This came to pass at a policy meeting on Monday 7th October, 2019. Likely to the sudden cuts by the Central Bank Rate (CBR), the rediscount rate has been reduced to 13 %, and the bank rate to 14 %.

In a statement by Apex Bank, the move was bent on expediting a subdued economic growth. “The economy continues to grow but at a slowing rate,” the bank said, pointing to the gross domestic product (GDP) which slowed in the first half of 2019 compared to the second half of last year.

The Composite Index of Economic Activity (CIEA) also points to moderate economic activity in the first quarter of the current 2019/2020 financial year, which began on July 1.

“The outlook is uncertain, particularly as a result of the unfavorable global economy,” BoU said, adding that a combination of widening fiscal and current account deficits as well as public sector financing needs could put more pressure on lending rates, leading to a further decline in economic growth.

Therefore, the regulator reduced the main rate to spur growth in GDP and the economy. “The economy still has spare capacity and lower interest rates will help reduce output gap,” Tumusiime-Mutebile added.

A lowered forecast for inflation also provided room for the policy loosening move, the governor added. Tumusiime-Mutebile said, the BoU “believes that the benign inflation outlook provides room for a reduction in the policy rate to support economic growth.”

Over the past three months, Uganda’s inflation has been slowing down due to lower food prices, a stronger local currency and moderating consumer demand. Headline inflation declined to 1.9 % in September from 2.1 % in August while core inflation fell from 4.9 % in June to 2.5 % last month.

Generally, monetary policy easing in economic management futures government intention of igniting growth by making credit more affordable. As indicated in the slowing economic activity, lending to the private sector in Uganda is still below the peak of 20 % recorded in 2009 and 2011.

The policy loosening by the apex bank is expected to come as a relief to businesses that are cash-strapped in funding their operations or expansion, thereby fueling economic activity. “This policy move is expected to… accelerate credit growth and real economic activity,” said Dr. Adam Mugume, Executive Director for Research BoU.

At the consumer level, the issue of subdued domestic demand – which leads to low sales for businesses – could also witness a turnaround. This is because the CBR cut would propel higher consumer lending and ultimately increased household spending.

While the latest move by BoU is definitely a catalyst for economic growth, it comes with downside risks, as every other policy does. In this case, offshore investors may be discouraged by the lowered interest rates, leading to capital flight and the depreciation of Ugandan shilling against the U.S. dollar.

Those concerns were brushed off by Mugume. “We do not expect the rate cut to affect the exchange rate negatively due to offshore investor actions. Besides, the yields on Uganda government debt remain more attractive compared to other African markets except for Nigeria and Ghana that also bear some currency risks,” the BoU director explained.