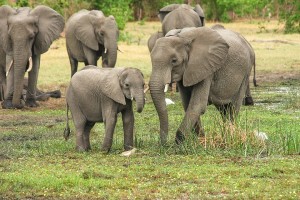 The AEC stated that the ivory market in Japan which is among the world’s largest if closed would help reduce illegal poaching of wildlife species.

According to the Chairperson of the AEC’s Council of Elders, Azizou El Hadj Issa, in a letter to the Japanese Foreign Minister, Taro Kono said “We believe that doing so will strengthen Japan’s international conservation image ahead of the 2020 Olympics and Paralympics.”

Issa requested Japan for assistance and collaboration to strengthen international measures in reducing the demand for elephant ivory “so that elephant tusks are no longer desirable objects.”

The coalition wants all African elephants to be listed in Appendix 1 to ensure that they are protected.

Elephants in Africa are split-listed with elephants in Botswana, Namibia, South Africa and Zimbabwe in Appendix 2, which allows trade under certain circumstances.

AFCON Gives Appointment to Nwanko Kanu and Six Others