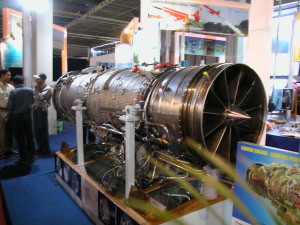 It began operations with its gas turbines in 2018, has an installed capacity of 110 megawatts and provides more than 20% of the grid – connected power in Tanzania.

The upgrade of 3GE’s LM 6000 PA and one LM 600Pc aero – derivative gas turbines improve the plant’s efficiency and reliability, the company notes; enabling to maintain the power station in the most economical way possible.

Elisee Sezan – CEO for GE Power Business in Sub – Saharan African remarked. “Our goal is to bring long – term value to our customers and their power plants, like Songas, to maintain it in the most efficient way possible and, ultimately contribute to Tanzania’s economic and social development.”

Managing Director of Songas Limited – Nigel Whittaker added; “The successful completion of their project not only improves Songas’ performance levels but through the additional reliable supply of electricity, continues to contribute to the economic development of the country, making a significant difference in the lives of Tanzanians”.

Tanzania has exuberant energy resources such as hydro, natural gas, coal, uranium, wind, geothermal, biomass, solar, tidal and waves. The country has an installed power capacity of 1.5 GW of which hydroelectric 568 MW, thermal: 925 MW and other renewable: 824 MW.

The Tanzanian Ministry of Energy and Mineral has issued its Power System Master Plan (PSMP) update 2016. The overall objective of the plan is to re-asses short term (2016 – 2020), mid –term (2021 – 2025) and long term (2026 – 2040), generation and transmission plan requirements and the need for connecting presently off-grid regions; optious for power exchanges with neighboring countries and increased supply of reliable power.

Under the new plan, Tanzania hopes to triple its power generation output by 2020 and boost access to the national grid.

PEG Africa: Increases it Presence in Western part of Africa